Llamas and their relatives are no strangers to our land.  Llamas are members of the camelid family, which at one time thrived on the plains of North America.  With the Ice Age, llamas became extinct in North America. Llamas migrated to South America and took up residence in the land of the Andean Mountains.     In the highlands of Peru, some 3,000 to 4,000 years ago, llamas were domesticated, placing them among the oldest domestic animals in the world. The llama was the lifeline of the Inca Indians of South America.  Called their "silent brother" by the Incas, the llama was worshipped and highly regarded. The llama was their beast of burden, the source of clothing and a source of food as well as fuel.      In the late 1800s and early 1900s, private animal collectors and zoos reintroduced llamas to their original North American homeland.  Today there are an estimated seven million llamas and alpacas in South America (in approximately equal numbers) and some 80,000 to 100,000 llamas in the United States and Canada.

A common question to llama breeders is, "What do you do with llamas?" There are so many uses of llamas! Llamas by their nature make people feel more comfortable.  Llamas are calm, quiet and majestic; the spirit of the llama is contagious to the people around them.

Llamas have a dignified, aristocratic manner about them.  Because of their curiosity, they have a delightful habit of coming close to sniff strangers. Despite your natural temptation to hug and cuddle them, they prefer not to be petted except on their necks and woolly backs.  They are highly social animals and need the companionship of another llama or other grazing livestock. To increase your enjoyment and to satisfy the llama's natural herd instincts think about owning at least two.      Llamas communicate their moods with a series of tail, body and ear postures and vocalizations.  Learning this llama language is one of the joys of ownership.  Humming is a common manner of communication between llamas and indicates a variety of moods from contentedness to aggression. Another interesting llama expression is the shrill, rhythmic alarm call emitted at the sight of a strange animal or a frightening situation.      Whether viewed in a pasture or glimpsed in the wild, all llamas have a striking beauty owed to their elegant wool and graceful posture.  Llama wool ranges from white to black, with shades of gray, brown, red and roan in between.  Markings can be a variety of patterns from solid to spotted.      Mature llamas weigh an average of 280 to 350 pounds, but can range from 250 to 500 pounds.  Full body size is reached by the fourth year, and while there are no obvious differences between the sexes, males tend to be slightly larger.  They are long-lived, with a normal life span of 15 to 20 years.

The joy and pride of owning beautiful llamas have created a desire to show them to the rest of the world. The Alpaca and Llama Show Association and the ILR-SD sanction over 150 llama shows in North America. Just as horses, dogs and other domesticated livestock, there's an excitement level that brings young and old together in friendly competition to be awarded for the breeding, training and handling of these intelligent animals.  Small and large groups gather together to have their llamas judged for conformation, balance, structure and performance.  You will see pack llamas negotiating courses with real obstacles such as water crossing and downed trees. There are children who have worked with their 4H programs, children with special needs, individuals who have never had their hands on other large animals, retired farmers, dentists, lawyers, homemakers and school teachers.  They all share in the fun and excitement of llama shows. You will be amazed at the natural athletic ability shown by the llama as he gently, calmly pursues an obstacle course or his cooperation to dress in costumes and his undivided attention to his handler.

Today the show circuit is enhanced with the Alpaca and Llama Show Association and more recently, the ILR-SD.  Many local shows have become encouraged to become ALSA and ILR-SD sanctioned so that they can be involved with regional shows and National shows. Many exhibitors promote their llamas as having been participants and winners.  This has promoted higher prices for those animals and has, in fact, resulted in many sales.
Raising llamas is fun.  These unique animals are rewarding, both mentally and financially.  Whether they began raising llamas for a hobby as a business, many llama owners have had their lives totally changed by these lovable, easy-to-care-for creatures.  One can quickly become a member of the growing ranks of llama lovers.  No matter how long you own llamas, you can learn something from or about them every day.  They are kind, clean, quiet, peaceful, stoic, cute, uncomplaining and beautiful.        One of the greatest joys of owning llamas is knowing others who share the same unique interest and enthusiasm for these special animals.  The growth of this exciting young industry has been spurred by the cooperation and sharing of information among llama owners.  Llama owners care about their animals and provide information for new and potential llama owners.     Llamas can save you money.  Like any other livestock, llama-breeding stock can be depreciated and deducted from your tax bill*.  Llamas can also be very profitable.  If you enjoy making money and having fun at the same time, llamas are for you.  Llamas have a proven track record over many decades as being profitable.  During the 1980's and 1990's, show quality llamas had consistently demanded prices in five figures, with some approaching six figures.  It is worth diversifying your portfolio to include llamas for more reasons than just making money.  Llamas also bring you and your family fun and increased pleasure, and llamas will enhance your pride. Llamas are very prestigious; just take time to observe their proud, majestic presence and gentle disposition. 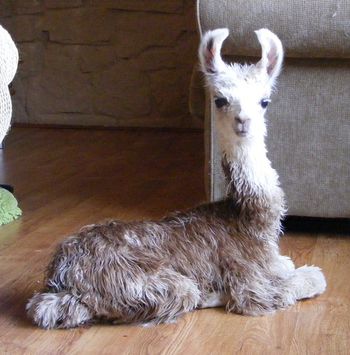 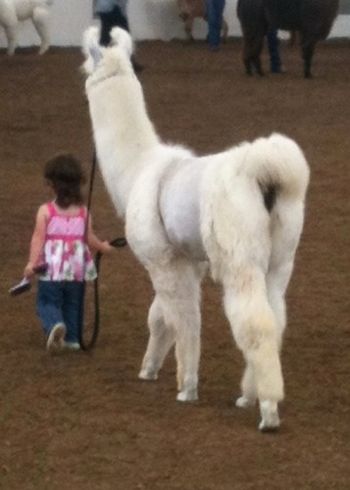 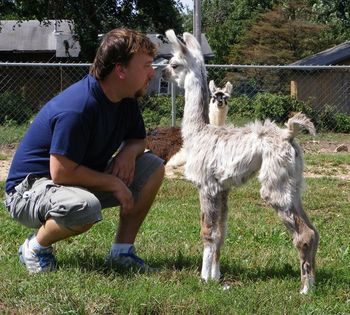